It’s difficult to talk about develpment in rural North Carolina

Posted on November 15, 2013 in Insights by Carlo Ranselli 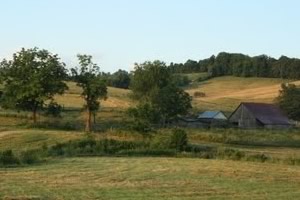 It’s quite easy taking about economic development when you live in Charlotte or Raleigh, respectively the first and second cities in North Carolina as inhabitants. Both the cities are magnet for industries, both have resources and academic institutions. Other important cities in this american country, such as Fayetteville, despite the problems can see the light at the end of the tunnel known as recession.

But what about rural North Carolina? Talking about jobs is quite difficult, as unemployment rates is still very high. Just to provide an example, Scotland County (a bit more than 36.000 people, its county seat is Laurinburg) has the worst unemployment rate in the state: 16%. Other counties where finding a job is difficult are Robeson (13 percent), Bladen (12.5 percent) and Cumberland (10.5 percent). All those counties have an unemployment rate higher than the country’s average, which is 9.3 percent.

Probably the main reason behind the lack of jobs is the failure of the North Carolina Rural Economic Development Center. Millions of dollars have been thrown away and center’s leaders have resigned.

Few months ago Commerce Secretary Sharon Decker was in Robeson County talking about economic development, announcing that a new sweet-potato fry manufacturer would have built a new plant in Pembroke giving jobs to 150 people. She also said that rural communities need to focus on those tenits: economic development, education, health, tourism and quality of life. That is true, but if you get counties like Robeson, those tenits are dying due to poor support by the government. No money to spend for health and education, no money to spend to improve tourism, no money to increase health care, no money to improve quality of life of rural North Carolina.

That’s why Washington needs to give help to North Carolina rural worls, otherwise all those words will remain just words.